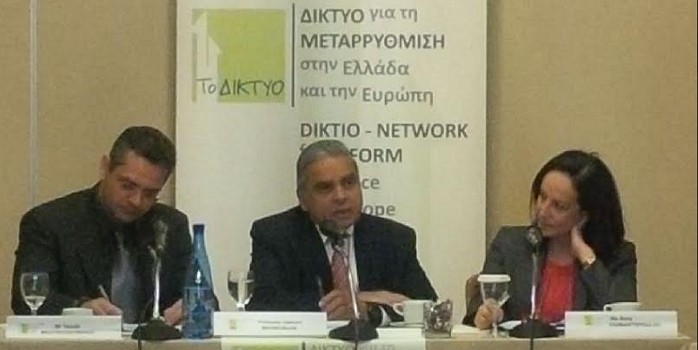 Diktio – Network for Reform in Greece and Europe held a “working breakfast” with another famous world leader. Diktio’s guest was the famous professor and former diplomat, Kishore Mahbubani, Dean of the University of Singapore. In the working breakfast participated important personalities such as businessmen, politicians, academics and journalists.

Mr. Mahbubani’s speech focused on the Europe –Asia relations, the new power dynamics in SE Asia and the positive prospects for the EU-Asia relationship. Among others he mentioned extensively the “seven pillars” of the rapid evolution of SE Asia, which are: open economy and free trade, investments in technology and science, meritocratic governance model, pragmatism, peaceful culture, rule of law and Education.

The speaker stressed that between the EU and the countries of SE Asia there is room to develop and promote their relations in many areas with the most important the Education, mentioned a tangible example as the student exchanges between the two continents.

Diktio will soon have the pleasure to host an exclusive article by Mr. Mahbubani for the changes in SE Asia with emphasis on how to promote reforms and investments in human capital. More details on the work of Mr Kishore Mahbubani, on the following page http://www.mahbubani.net