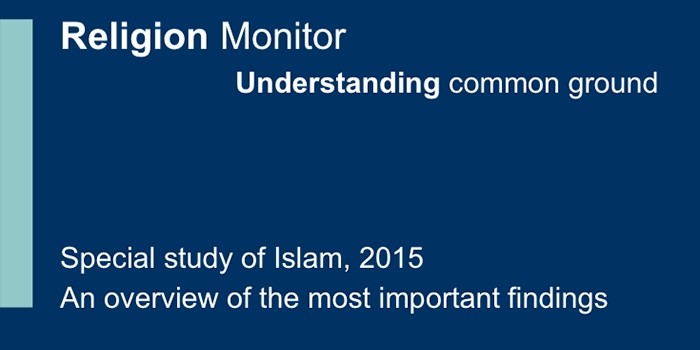 1. Muslims in Germany feel closely connected to the German state and society – no matter how intense their religious faith may be.

2. Living as members of a religious minority shapes their religious attitudes and values. Muslims in Germany think about questions of faith more often and are generally more liberal in their views than their fellow Muslims in Turkey.

3. Yet while many of Germany’s four million Muslims are quite open, there is increasing animosity toward them on the part of a majority of the German population. Germany’s Muslims suffer from a negative image, presumably shaped by the small minority of radical Islamists who account for less than one percent of all Muslims.

4. Islamophobia is not a marginal phenomenon, but can be found throughout society. When it is considered socially acceptable, it can be used to legitimize discrimination against and exclusion of the Muslim minority.

5. Regular personal contact can help to overcome prejudice against Muslims – but opportunities for such contact are often lacking.