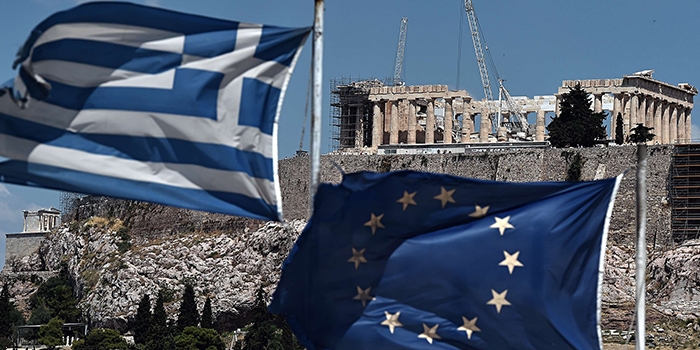 The seemingly endless eurozone crisis is coming to a head, but it won’t be completely over in the near future. In the meantime, it has unquestionably precipitated the most serious challenge to the idea of a unified Europe since the Second World War. The common currency, which was dreamed up to drive integration forward, has become a source of strain that threatens to tear apart the eurogroup and mortally weaken the EU itself. It is therefore not surprising that many people see this – for good or bad – as an existential struggle for the soul of Europe.

Whatever happens with Greece, the way its debt has been fought over during the past five years has revealed the shallowness of any sense of political solidarity across the continent and the limited legitimacy of the EU’s political institutions. The Greeks complain about German meanness, the Germans about Greek profligacy; the French and Italians are driven by the worry that if Greece goes they may be next; while across eastern Europe people are asking why their money should go to prop up a standard of living in Athens that remains several notches higher than their own.

And all of this, it is worth remembering, is about nothing more or less than money – lifeblood of a modern capitalist economy to be sure, but hardly the most uplifting or noble cause around which to fight for the soul of Europe.

Yet if we try to take the longer view – the first casualty of any crisis – it is clear that the process of European integration has always been defined as much by its crises as its successes. Eurosceptics who see red any time there is talk of “ever closer union” should remember that the phrase, first encountered in the Treaty of Rome, has functioned more like a kind of mantra to ward off evil spirits than as an operating principle. The truth is that the process of integration has never been smooth and the path forward was littered with dead ends from the very beginning.

Most historians date the origins of the Common Market to the early 1950s with the creation of the European Coal and Steel Community and the Messina conference in 1955, skating over the false starts of the previous decade. Wartime agencies that had been intended to turn into European planning bodies withered on the vine: no one today remembers the European Advisory Committee, formed while fighting against Germany was still going on, and the UN’s Economic Commission for Europe, which was once supposed to run Europe for the new world body, never got beyond publishing reports. The American effort to do the same thing started off with big ambitions but ended up with the mouse of the OECD. The Council of Europe never lived up to expectations, and the first serious effort to create a European army, the European Defence Community, failed so badly that no one has ever properly tried again since.

The aspiration to “ever closer union” made a certain sense in the postwar decades when membership was small and there was much work to be done simply in bringing down barriers to economic co-operation erected during the 1930s, still isolating peoples and countries into the 1960s. It is also worth remembering how much more effectively the Common Market served to redistribute wealth than the EU has been doing: the common agricultural policy in particular recycled funds from rapidly growing urban and industrial areas to stagnant villages, softening the growing town-country divide. Later on, regional funds did much the same thing.

The decade of the Delors presidency from 1985 saw further steps towards integration taken with relatively little fuss. These included a much higher degree of labour mobility and free trade, intensified educational exchanges, the founding of the European Bank for Reconstruction and Development, and an enhanced role for the European Court of Justice. It is true that approval of the Maastricht treaty ran into political opposition but referendum results confirmed the pro-European orientation of the public. There were examples of national opposition – Swiss hostility to the idea of joining led its government to give up the prospect of membership, while the Norwegians twice rejected the idea. But these were more than outweighed in these years by the large number of countries seeking admission.

The resulting expansion of the EU is perhaps the main reason why the common currency has proved a challenge of a different order of magnitude to any in the past. Remember that, at its foundation, the Common Market had only six members. When Jacques Delors became Commission president in 1985 there were 10 members; by the time he left in 1994, with a single currency already under consideration, there were 16, and a decade later there were 25.

This truly dramatic transformation turned the EU into a genuinely European body for the first time, which was all to the good. But it vastly increased the wealth disparity across the membership and simultaneously made decision-making more complex. Above all, it meant that the proposed currency union was not simply about bringing in six more or less comparable national economies but about protecting financial stability across the continent, from Lisbon to Riga.

There is no intrinsic reason that this could not have worked. Regional wealth disparities in the US are no less great than they are in Europe. But two things exist across the Atlantic that are absent in Europe. One is a sense of common political allegiance to the federal system – to be American means something, to be European much less. And the second, which contributes to the first, is that there are mechanisms for redistributing wealth and influence across the country as a whole.

Unfortunately, the architects of the euro failed to grasp the importance of either factor. They assumed the euro would help create a sense of common identity and failed to see that the currency could as easily, in the wrong circumstances, threaten to tear the EU apart. And they devoted much more attention to the question of fiscal discipline than to the need to recycle funds. The Maastricht criteria limited the scope for Keynesian-style strategies to combat recession by prohibiting budget deficits over 3% of GDP. This rule was honoured in the breach by countries large and small but it still suggested that the architects of the euro were haunted more by the prospect of inflation and a depreciating currency than they were by the thoughts of a major depression ahead. Their own rules thus penalised the use of some of the most effective weapons in any governmental toolkit for combating unemployment in a recession.

The warning signs were already there in the traumatic experience of the ex-Soviet Baltic states in the early years of the global crisis. Starting from a much lower base than the Greeks, the Latvians and Lithuanians were determined to join the euro and they did. But they are paying a heavy price in austerity. Why then has the Greek crisis proved so much more politically difficult for the eurozone to manage? One reason is that because they were aware of Putin on their border, the Baltic peoples were willing to put up with things. At the same time, a buoyant German economy in particular served as a cushion for emigration.

In Greece, the shock was greater, the willingness to put up with it much less. And one has to factor in too the sheer opportunism of the country’s politicians, who for most of this period missed no chance to put their party interest and personal ambition above the needs of their nation.

Faced with Greek defiance, of course, the diplomacy of the creditors’ side has turned out to be deeply unimpressive as well, peddling short-term solutions that were as much designed to improve their own financial interests as to help get Greece back on track. The austerity programme was badly conceived and evidently made matters worse than they needed to be. There is enough fault to go round.

Whoever was to blame, it is clear that the consequences for continental solidarity have been toxic. The longer the crisis dragged on, the more it has corroded the continent’s political culture and revealed the depths of our ignorance of one another’s countries and traditions. Journalists reached for easy stereotypes – where would the papers have been without the Nazis or the Kaiser, or for ancient Greek wisdoms or Zorba? As Greek laziness met Prussian rigidity and self-righteousness, ethics became a tool of parochialism.

Faced with these rising national passions, the challenge to the euro will continue to exist, whether an agreement is patched up with the Greeks or not, since even if the euro survives it will do so in a continent of different political traditions and economic performance, and that means that a system of redistribution from surplus to deficit countries needs to become part of the culture.

The bigger and more important question is the impact of the crisis on the future of the EU. Greece being forced out of the euro would certainly throw into question the whole irreversibility argument. But even if Greece stays in, the crisis ought to lead Europeans to think whether it is now time for a pause. At the heart of the European project is a deep ambivalence towards nationalism. Nineteenth-century theorists of nationalism saw no incompatibility between love of country and international solidarity. But that was before two world wars. Twentieth-century fathers of federalism, such as the Italian Altiero Spinelli, had a barely disguised loathing for the excesses of nationalism, which they associated with fascism and war.

We can have a little more confidence than that. Even the No vote in the Greek referendum was, so the polls suggest strongly and as the prime minister, Alexis Tsipras, has acknowledged, a vote for Europe and even for continued membership of the euro itself. And if, after five years of the worst depression since the 1930s, the Greek public still recognises the merits of participating in Europe, we can be sure public opinion in most other countries contains a solid core of pro-European sentiment. This is for historical reasons (memories of the world wars), geopolitical (fears of Russia and of fallout from the Middle East), and also because people can see that the real problems ahead lie well beyond the capacity of single states to tackle – global warming, endemic conflict in Africa and the Middle East that is generating hugely destabilising movements of people.

But we should not push things too far, which is precisely what the euro, at least as administered until now, has done. For one thing, it has too often been presented as just a question of signing up to rules, as if central bankers and not the elected representatives of member nations should make the fundamental decisions in any kind of democratic confederation. For another, it has lacked any redistributive or solidaristic dimension.

If the EU learns the lesson of the eurozone crisis and rows back from some of the more unbalanced and excessively intrusive initiatives of which the euro itself in its current incarnation has become the symbol, the Greek crisis may turn out to have been just another of those stutters that accompany any grand political experiment. But if the euro is run as before, whether or not Greece remains will not be the point. The single currency will generate the same kind of problem over time, and the kinds of politics it embodies will weaken the popularity of the idea of a united Europe still further.