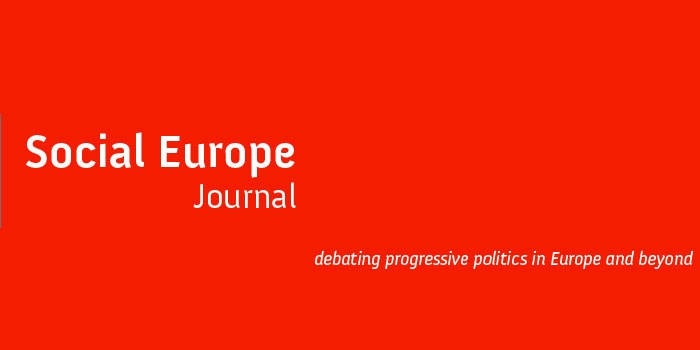 THE MEDITERRANEAN GODS CANNOT DO IT ALONE

The ancient’s world geopolitical center, the cradle of civilization, the Mediterranean Basin; a unique location with some of the world’s most important geostrategic corners.

Life has not been boring in the Basin and continues to be so. This region has been witnessing wars, revolutions, regime upheavals, political instability, religious conflicts, ethnic conflicts over democracy and freedom, conflicts both multilateral and bilateral… all of them with substantial repercussions on the financial activities taking place in the whole Mediterranean region.

Back in the 1990s, Europe was optimistically looking forward. The European Union was deliberating, proposing and setting forth strategies and ambitious targets for the not so distant future; the year 2010 was determined to be a milestone year. The Euro-Mediterranean Partnership (EUROMED, or also known as the Barcelona Process) launched in 1995 with the Euro-Mediterranean Conference in Barcelona, was the EU’s first comprehensive strategy for the region aiming at peace, stability and growth. It had set the goal of establishing a multilateral cooperation project linking policy (democracy and security), economy (growth and financial cooperation) and society (culture, social rights and equality). Ambitious? I do recall among others the ambitious target for the area to become a free trade zone by 2010!

Similarly, the Lisbon Strategy called for goals such as that the EU would rank first in research and innovation by 2010, while at the same time reaching the goal of full employment! What an irony! We all recall that 2010 was the year we witnessed the Arab Spring and the Eurozone got deep into the financial crisis.

Both, the Lisbon Strategy and the Barcelona Process failed to meet expectations and to reach their respective targets. Why did those noble goals not work out? Here are a few points that may help us understand the discrepancy between wish and ultimate outcome:

With regards to the Lisbon Strategy

1. The EU’s leadership failed to predict the impact of the financial markets operating without sufficient political oversight.
2. The Euro’s architecture. Not a single analyst disagrees that monetary policy alone, without a broader economic policy, was inadequate in dealing with the crisis, (the M without the E of the EMU)
3. Certain countries did not implement the required reforms to comply with Eurozone rules. At the same time, the European institutions were not able to successfully monitor and enforce compliance in the South and even in the North, not to mention that they were not equipped with the appropriate mechanisms for dealing with it.

With regards to the Barcelona Process

For years the EU tried to increase collaboration with soft policies while we knew that the root causes of the major problems of poverty, huge social inequalities, underdevelopment and the lack of fundamental freedoms (i.e., of expression, religious tolerance) could not be dealt with solely by soft policy measures. Unquestionably, they are simply not sufficient. Yet, any implementation was hindered by fundamental diversions, a disharmony of foreign policy roles among Member States and the differing perception and importance of the region for each Member State.

Where are we now? My conviction is that as a whole, we have not overcome the crisis yet. Debts and unemployment remain alarmingly high. And as Europe continues to experience turbulence on many fronts, it is rather utopic to believe that it can assume a leading role and behave as one single entity, becoming a regional powerhouse in its own backyard!

Within this geopolitical and economic context I could see three interconnected and synergistic directions that would allow Europe to be the leading player. They could be summarized as follows: 1) putting our house in order, 2) supporting our neighbors and 3) agreeing on a common plan for the future. More specifically:

As for my own country, Greece, an emerging contradiction is becoming clear: Greece is considered and is the Eurozone’s weakest link. At the same time, Athens is gaining an important geopolitical role as the sole anchor of stability in the Eastern Mediterranean, the Middle East and a credible interlocutor for the U.S. and Israel in particular, especially given the latest developments. Athens (despite its problems) currently appears as the only stable point of reference in the Eastern Mediterranean.

In case that the country is destabilized for whatever reason (Nazi Party, social unrest, or another Grexit discussion), the repercussion would be a domino effect with catastrophic consequences not only in economic terms but also most importantly in geopolitical stability terms.

2) A concerted program of investment by private and public consortia for reconstruction of the basic infrastructure in the Mediterranean countries. A true win-win situation could evolve with such economic partnerships geared to materialize existing unexploited economic potential. A sector-based cooperation, providing resources, know-how and technical cooperation in prioritized targets can be the instrument for positive and sustainable change. Potential targets include modernizing infrastructure from schools and hospitals to electricity installations and underwater pipelines, as well as infrastructure to exploit trans-boundary groundwater resources. The EU has identified areas that can accommodate concrete projects: 1) maritime-land highways, 2) depollution of the Med, 3) sound environmental governance, 4) civil protection and 5) solar energy.

3) Develop a multilateral agreement on energy resources management. Energy is the key sector for development, growth and prosperity. Yet, the discovery in the Southeast Mediterranean of new deposits of fossil fuels has the risk of causing war instead of prosperity. There is an absolute need for a regional multilateral plan for the management of Mediterranean energy resources. A plan that will unfold at a dual front, diplomatic and scientific, to ensure that vital resources are managed in a collectively beneficial way and guarantee the region’s security. However, a necessary and sufficient condition for this is respect for the Law of the Sea from all the countries of the Mediterranean Basin, something that has not yet occurred.

The Mediterranean Basin should be destined to be a sea of peace and shared prosperity. The Medittarenean Gods (born in the Basin) cannot do it alone. It rests on determined EU leadership and unwaivering political will to facilitate and accelerate this noble cause to the benefit of its 475 million people. Let us all work towards giving the Med and its people its endless benefits nature has bestowed, and not have yet another missed opportunity.

This blogpost is based on a speech given at the “Economist Business Roundtable with the Government of Malta; Invigorating Investment and Growth”.