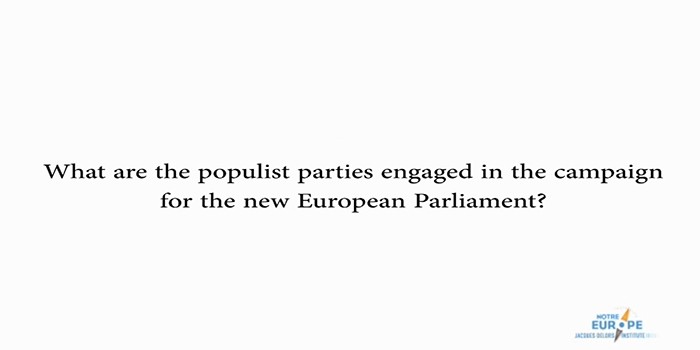 THE IMPACT OF THE POPULIST PARTIES IN THE NEXT EUROPEAN PARLIAMENT

Few months before the 2014 European elections, Yves Bertoncini tries to foresee what could be the effects of a populist parties’ upswing in the next European Parliament, on the basis of the elements of expertise and information already available. He answers 4 questions:

His analysis is based on the Tribune “European Elections: less abstention, more populism?” and on the Policy paper “What political balance of power in the next European Parliament?” wrote with Valentin Kreilinger.

The Policy paper “The European Union and the challenges of populism” by Yves Surel quoted in the video is avalaible here.