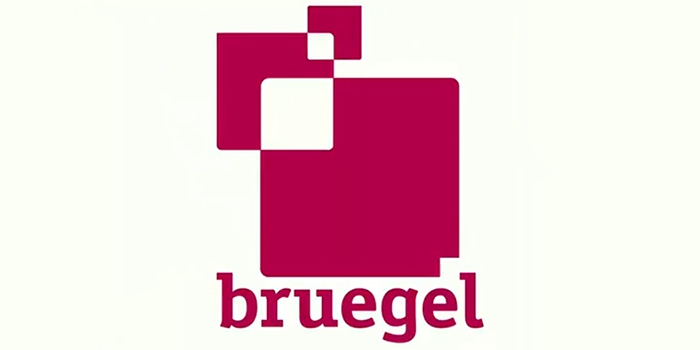 There will be no confidence and no growth in Greece without a solution to the debt problem.

Perhaps the greatest damage caused by the confrontation with Greece is a general loss of confidence. If we want to get Greece back to growth, people, companies and investors have to regain confidence in the viability of the country. For this to work, a legitimate and competent government as well as an efficient administration and judiciary are essential. Yet the issue of debt sustainability is still central, even if the debt servicing costs are negligible in the short term. No one doubts the IMF’s analysis that the sustainability of Greek government debt constitutes a key precondition for recovery.

The third program, which is now being negotiated, aims to put Greece back where it stood at the end of last year: with growth expectations of almost 3%. This third programme is intended to be the exact opposite of a transfer program. It aims to strengthen the Greek economy and thereby protect the loans and guarantees provided by the creditors. A large part of the disbursements will go into debt repayments to official creditors. This is important, but not enough. The current link between debt servicing and membership of the single currency leads to a vicious circle that increases uncertainty, weakens growth and makes full debt repayment less likely. There will be no confidence and no growth in Greece without a solution to the debt problem.

We suggest breaking this vicious cycle by tying the interest rates on the loans to the growth rate of the Greek economy, together with a conditional debt moratorium. A Greece without growth should not pay any interest or make any repayments. The stronger the growth rate, the higher the interest and repayments to European creditors. The debt moratorium would mean that Greece could push back the repayments if it has not reached a certain level of GDP by 2022, when it is scheduled to begin servicing its debts to the European creditors.

Such a solution would end the uncertainty and recognise the fact that Greek growth is a joint European concern and a prerequisite for Greece to service its debts. Stability and confidence could return. Much of the cause for the current political confrontation would be gone. Meanwhile, such an approach would not reduce the incentives for reform. It is in the self-interest of any Greek government to pursue growth-friendly reforms. Of course, it will be necessary to design the plan in such a way as to avoid moral hazard; yet this is possible and the conditions are favourable. Such a solution would also be advantageous for the creditors. Some form of debt relief is inevitable. The main advantage of our proposal is that creditors would benefit if growth resumes and thereby reclaim more of their loans than otherwise possible. At the same time, our proposal has only a negligible impact on the creditors’ current budgets and would thus have no meaningful consequences for the constitutional debt limits of member states.

A payment moratorium, essentially a way to restructure Greece’s debt to its official creditors – the other member states of the euro area, the European Financial Stability Facility (EFSF) and the European Stability Mechanism (ESM) – is legally permissible within the Euro. The opinion of the German finance ministry, that only a temporary Grexit allows any restructuring, is unconvincing. In the 2012 Pringle case the European Court of Justice (ECJ) decided that Article 125 of the Lisbon Treaty, often wrongly termed the ‘no-bailout clause’, “does not prohibit the granting of financial assistance by one or more Member States to a Member State…provided that the conditions attached to such assistance are such as to prompt that Member State to implement a sound budgetary policy.” Of course it was financial support and not debt restructuring that was the subject of this ruling. However, the ECJ then decided that even the European Central Bank (ECB) could take on significant financial risk in its Outright Monetary Transactions, as long as it acted in accordance with its mandate. Although the ECJ did not explicitly rule that the ECB could participate in a debt restructuring, it can be surmised from the rationale of its reasoning that the ECB can accept such a restructuring so long as it is vital for monetary policy to take the original risk. The ECB’s legal framework is especially strict because of the ban on monetary financing. Nevertheless, if the ECB is allowed to accept a restructuring, then a restructuring of Greek debt held by other member states, the EFSF and the ESM cannot be considered to breach Article 125 – so long as it aims to achieve budgetary stability in Greece. From an outcomes-oriented perspective, this argument also covers the conditional debt moratorium suggested here.

In much the same way, domestic constitutional law does not prohibit such a solution. For example, the German Constitutional Court focusses on the need for any financial risk to be manageable for the Federal Republic, and for the budgetary independence of the Bundestag to be protected. Of course many constitutional questions have yet to be answered, but our suggestion moves within the scope and along the path of previous decisions.

The permissibility of any such debt moratorium has two conditions. Firstly, a restructuring must be needed for the preservation of the euro area, which the IMF has proven in the case of Greece. Secondly, it must be accompanied by a programme of structural reforms aiming at budgetary discipline and effective institutions. This will hopefully be agreed upon for the third programme. The conditions for a far-reaching modernisation of the Greek state have never appeared so favourable: the government is starting to implement reforms; the country has declared itself open to rigorous oversight; the Greek population has just lived through a ‘near death experience’.

There are no firm legal arguments against tying Greek debt servicing to growth rates of the Greek economy, or against a conditional debt moratorium. From an economic perspective such a solution will not just improve the chances of repayment. It would also show that Germany and the other creditors have an interest in helping Greece and guaranteeing the stability of the Euro.