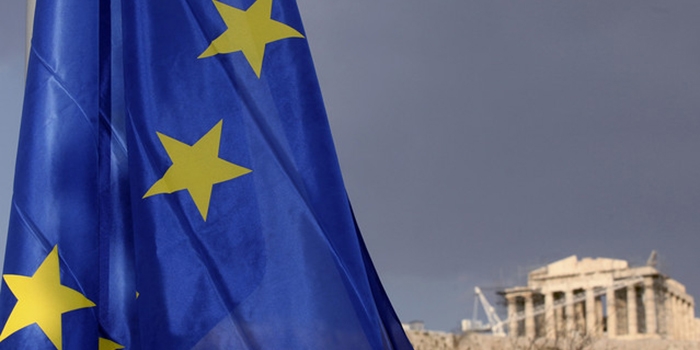 President José Manuel Barroso and Vice-President Olli Rehn, responsible for Economic and Monetary Affairs and the Euro, have today received the final report of the Commission’s Expert Group on a debt redemption fund and eurobills.

The Commission established the Expert Group in July 2013 to deepen the analysis on the possible merits, risks, requirements and obstacles of partial substitution of national issuance of debt through joint issuance in the form of a redemption fund and eurobills. This decision followed a commitment made by the Commission to the European Parliament as part of the overall agreement on the ‘Two-Pack’ economic governance legislation, in the Declaration of the Commission of 12 March 2013 (MEMO/13/207).

The final report concludes that both a debt redemption fund/pact and eurobills would have merits in stabilising government debt markets, supporting monetary policy transmission and promoting financial stability and integration, although in different ways and with different long-term implications.

However, these merits would be coupled with economic, financial and moral hazard risks, and the trade-offs would depend on various design options.

Given the very limited experience with the EU’s reformed economic governance, the Expert Group’s report says it may be considered prudent to first collect evidence on the efficiency of that governance before any decisions on schemes of joint issuance are taken.

Concerning legal issues, the Expert Group’s report concludes that without EU Treaty amendments, joint issuance schemes could be established only in a pro rata form, and – at least for the debt redemption fund/pact – only through a purely intergovernmental construction, which would raise democratic accountability issues. Treaty amendments would be necessary to set up joint issuance schemes including joint and several liability, certain forms of protection against moral hazard and appropriate attention to democratic legitimacy, the report says.

The report does not formulate policy proposals or recommendations, nor endorse explicitly or implicitly either of the two ideas.

President Barroso said: “More than a year ago, the Commission launched a reflection on the future of the Economic and Monetary Union, where we said that more responsibility should be matched with more solidarity. I would like to thank Gertrude Tumpel-Gugerell and the members of the Expert Group for today’s excellent report, which is a welcome contribution to this debate. As the report makes clear, creating a debt redemption fund or eurobills would require deep political reflection and possible changes to the EU Treaty – at least for the more far-reaching options. The Commission will carefully study the report and decide how to follow it up in due course. But before we do, we need to have a democratic debate on these ideas with citizens, governments and the European Parliament. The upcoming European elections are a prime opportunity to discuss what kind of Union we really want.”

Vice President Rehn said: “Over the last few years, we have created a full cycle of economic policy coordination in Europe, with further steps for the euro area. Member States increasingly regard their economic policies as a matter of common concern – as it should be in a monetary union. While these achievements do not yet constitute the final stage of the Economic and Monetary Union, we have virtually exhausted the options under the current Treaty. Any steps to further solidarity should go hand-in-hand with greater fiscal responsibility and integration. The Expert Group presented an extensive assessment of the merits and risks of possible ideas in this direction. This analysis will enrich the wider debate on further institutional reform and its economic and legal foundations, which can only emerge through a profoundly democratic process at national and at European level.”

In its Blueprint for a Deep and Genuine EMU, published in November 2012, the Commission considered that, in the medium-term, a debt redemption fund and eurobills could be possible elements of a more integrated Economic and Monetary Union, under certain rigorous conditions.

A debt redemption fund would mutualise government debt of euro area Member States above a certain threshold (e.g. above the 60% Maastricht criterion) to be redeemed together by the participating Member States, under a comprehensive set of legal rules designed to address moral hazard and to ensure that repayments are made.

The Commission’s 12 March 2013 Declaration defined the Group’s mandate as follows: “The Commission will establish an Expert Group to deepen the analysis on the possible merits, risks, requirements and obstacles of partial substitution of national issuance of debt through joint issuance in the form of a redemption fund and eurobills. The Group will be tasked to thoroughly assess, what could be their features in terms of legal provisions, financial architecture and the necessary complementary economic and budgetary framework. Democratic accountability will be a central issue to be considered. The Group will take into account the on-going reform of the European economic and budgetary governance and assess the added value for such instruments in this context. The Group will pay particular attention to recent and on-going reforms, such as the implementation of the two-Pack, the ESM and any other relevant instruments. In its analysis the Group will pay particular attention to sustainability of public finances, to the avoidance of moral hazard, as well as to other central issues, such as financial stability, financial integration and monetary policy transmission”.

The Expert Group held seven meetings between September 2013 and March 2014. The final report reflects exclusively the personal views and assessments of the experts, who were all appointed to this group in their personal capacities. The views contained in the report cannot be attributed to the European Commission or to any other body or entity.