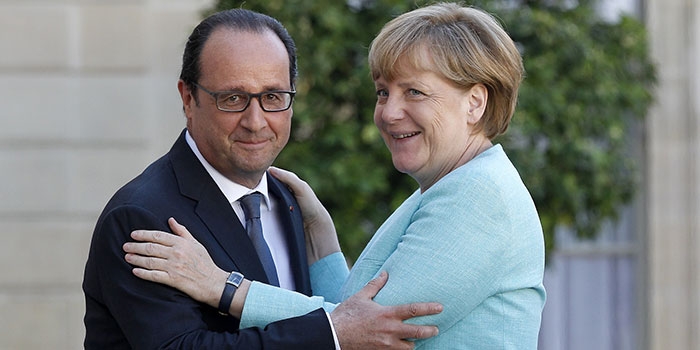 Europe needs major investment if it is to avoid another Greece

“A combination of more investment, reforms and greater integration, based on much stronger Franco-German cooperation, is necessary to get the euro project back on track”

The good news to take from last month’s Greek debt deal is that Greece will remain inside the euro area. At the same time, the negotiations have shown the weaknesses of the single currency. It will take time to assess the full consequences, but in the aftermath of yet another last-minute decision, we see three main dangers and three fundamental challenges.

The first danger is complacency. Many in Europe have an interest in looking at Greece as an isolated special case, but the Greek crisis is indicative of more fundamental disagreements on the functioning of the euro-area. If we are honest with ourselves, two key challenges remain unanswered: how to achieve greater risk-sharing and how to achieve greater sovereignty-sharing. Minimising the consequences of the discussion with Greece would be paramount to not taking up those challenges.

The second danger is to indulge in a lengthy blame game. Inevitably, some continue to say that this deal was forced by a certain vision of how the euro-area should function. Others say it is a consequence of the lack of cooperation by the Greek government. We do not believe such debates can contribute to a forward-looking discussion on how to integrate the euro area further and to complete European monetary union.

The third danger is the continuation of muddling-through policies. If Europe requires more sharing of sovereignty and more risk-sharing, the agreement with Greece is just another example of ad-hoc sovereignty-sharing with very limited legitimacy and of ad-hoc risk-sharing through opaque channels such as emergency liquidity assistance. The experience of past years shows that quick-fix solutions run the risk of neglecting the big-picture implications.

In this context, the discussions surrounding Greece give rise to three specific challenges that we urge European policy-makers to take up with calm determination. We need a balanced combination of more investments, smart reforms and a quantum leap in integration, based in particular on much stronger Franco-German cooperation.

On reforms, we should depart from the “laundry list” logic of disconnected reforms that suggest a one-size-fits-all method for all countries. Reform proposals need to bring in political considerations on what the growth model of a country is and how, through well-connected and comprehensive packages of reforms, a country can be led back to a growth path. Some reforms are politically costlier than others, some can more easily be implemented in a favourable economic context. Also, structural reforms do not necessarily imply deregulation or the dismantling of the social model. Europe needs to develop a new reform agenda that is socially fair and based on a high-standard European regulatory model.

On investments, Europe needs to recognise that there is only one solution to the conundrum of high debt in the member states and the need to change the euro area fiscal stance: increase investments at the European level. The lack of private investment in Europe derives largely from regulatory and political uncertainty in core areas, but regulatory solutions will not be sufficient. We need a real investment offensive at the European level. The Juncker fund in its present form will not provide that boost unless we put fresh money into it. In addition to that, the euro-area needs its own vehicle to boost public investment, bringing together funds from member states but also its own money based on euro-area debt. We are aware that building such a tool requires far-reaching and complex discussions but Europe needs to take time now to build this vehicle. That would be an extremely important response to the events of the past weeks.

This relates to the necessary quantum leap in integration. Further work is needed on four fronts. First, Europe needs to build a genuine economic union, overcoming the current deficit in convergence, solidarity, risk-sharing and sharing of sovereignty characterising the euro area. Second, the fiscal framework should be improved with the creation of a European Monetary Fund headed by a European finance minister and based on a limited amount of common euro-area debt. Third, financial union needs to be completed with a real backstop to the single bank resolution fund and a common deposit insurance or re-insurance system. Fourth, the sources of legitimacy of EMU need to be reviewed, making sure that the all-important decisions at the European level find direct legitimation by the European parliament and national parliaments.

France and Germany will have to play a particular role in putting the euro project back on track. But this requires more than solemn joint declarations that often hide disagreements on substance. There is a lot of hesitation in France about more sovereignty-sharing, and a lot of hesitation in Germany about more risk-sharing. Both sides need to acknowledge that sticking to these positions will produce more and more deadlocks, leading in turn to crises such as the one we have just gone through with Greece.