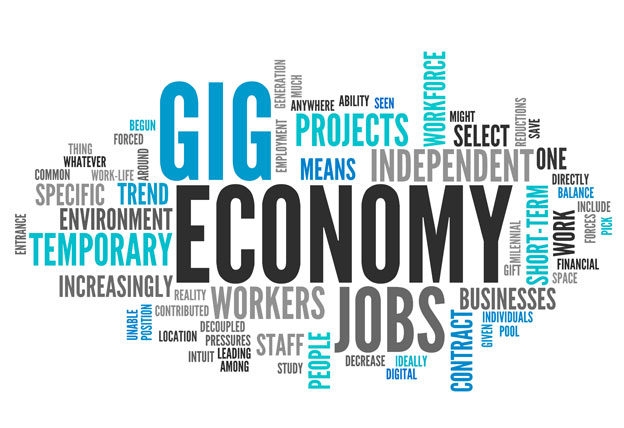 The project in a snapshot:

New work concepts resulting from the digital transformation are revolutionising the world of work. One term becoming more commonly used to to describe firms such as Uber, Amazon Flex, TaskRabbit, and AirBnB is the “gig economy”, as it highlights the temporary, short-term and tenuous nature of the employment. The ‘gig economy’ has profound implications for social dialogue and workers’ protection.
While some see gigging as a way into the workforce for the hard-to-employ, others portend a pessimistic future of workers with little or no income-security protections. As gig activities are not recognized as work, gig workers have limited access to income-security protections such as unemployment insurance, workers’ compensation and disability payments.
In order to understand and to respond effectively to these new challenges the International Labour Organization has launched a “Future of Work initiative”, calling the global community to make social dialogue between governments and the social partners a key instrument for finding appropriate solutions to ensure that the opportunities that could accompany the gig economy do not occur at the expense of decent work.

Key ‘gig economy’ data:
► Up to 162 million people in Europe and the United States—or 20 to 30% of the working-age population—engage in some form of independent work (McKinsey 2016 Report)
► The largest occupational categories of online workers are software/IT (30%+), creative and media (25%+), and sales and marketing (under 20%). Writing and translation is also important, at about 13% (Oxford Internet Institute 2017 data)
► 40% of gig employees are “goal gig workers,” adding ad-hoc work around a full-time job to save up for an extra expense (PYMNTYS Gig Economy Index)
► 69% of gig employees said they would not quit their gig for a full-time job (for 38% of American workers and 49% of Indian workers of Amazon Mechanical Turk, platform work constitutes their main source of income, PYMNTYS Gig Economy Index & ILO data)

The projects seeks to generate a better understanding of how the gig economy is transforming the social dialogue and workers’ protection and to provide an integrated picture of its implications for the role of employers, workers, government and society at large. The research will identify concrete policy options for public policy and social dialogue actors to meet the challenges of the gig economy.
The four main questions guiding the research are:
• What are the implications of the gig economy for employment arrangements, social protection, and for social dialogue and labour relations in different sectors and countries?
• What is the role and scope of action of international organizations such as the ILO and the EU in response to the opportunities and risks of gig work?
• What are the key priorities in terms of assisting governments and the social partners to promote quality and security of work?
• How can we make social dialogue future-proof and an effective tool for managing change?

The core of the research comprises a thorough examination of case studies of ‘crowdwork’ and ‘work-on-demand via app’ in the sectors of transport, hospitality and banking. The research follows a cross-national comparative design studying Switzerland, Germany, Greece and the UK.

The findings of the project will inform conversations and decisions of the 2019 International Labour Conference, which is the culmination of the ILO ”Future of Work Initiative”.