President of DIKTIO Anna Diamantopoulou, as a Robert Bosch Academy fellow, participated in the anual “Academy on Tour” for another year. This year’s academy on tour was dedicated to the Thirty Years anniversary of the Fall of the Wall. 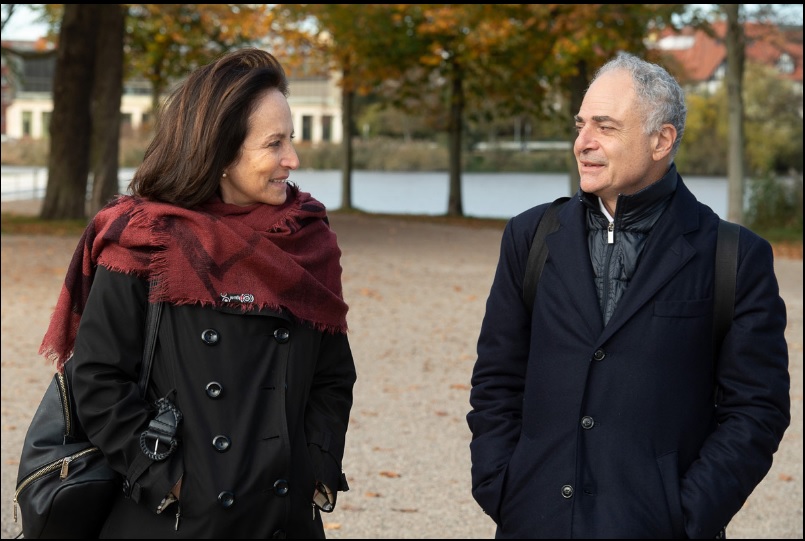 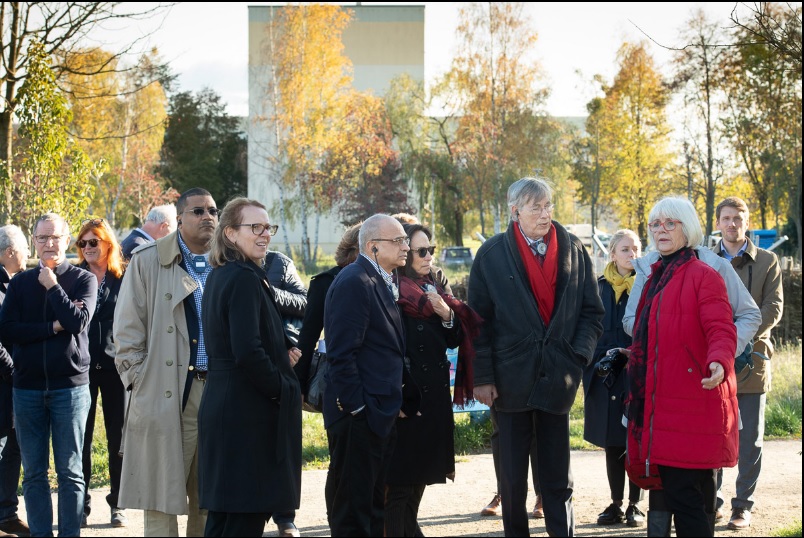 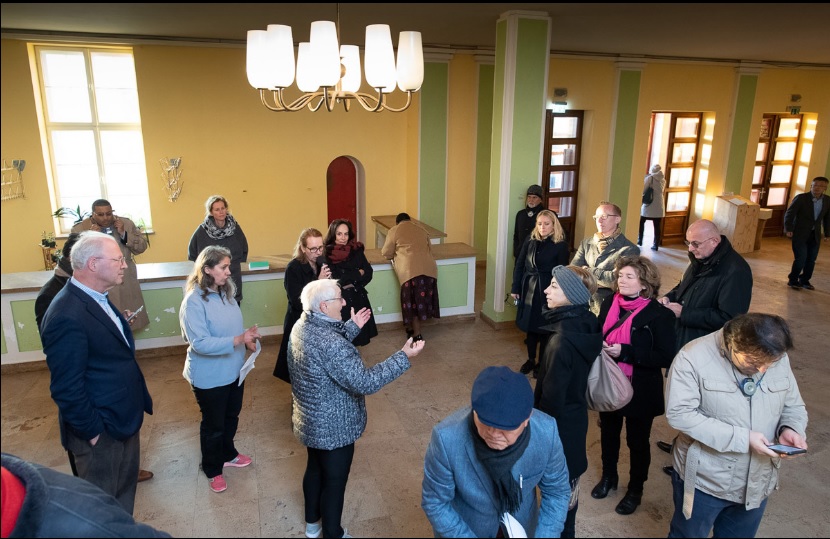 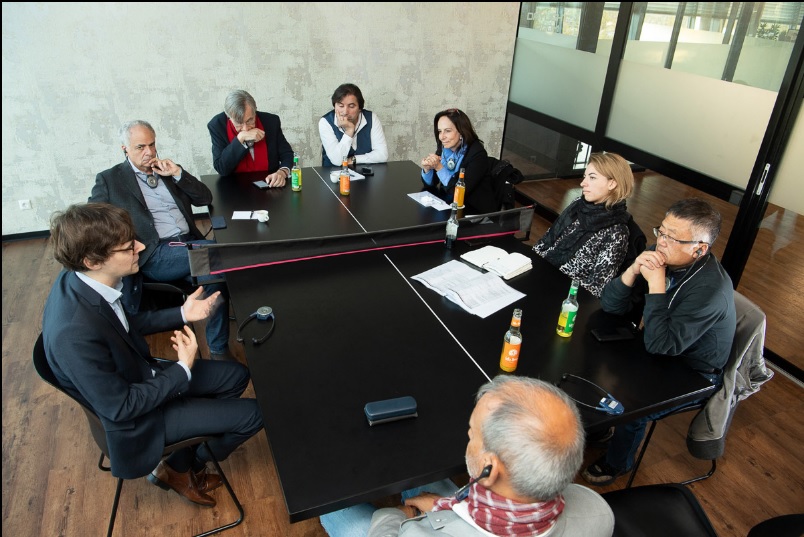 Bellow is the summary report of the 2019 Academy, from Robert Bosch Acadamy website:

“Now what belongs together will grow together.” Thirty years ago, former Federal Republic chancellor and former West Berlin mayor Willy Brandt spoke these words to describe his conviction that German unification was legitimate and desirable, even historically inevitable. Today, it has become apparent that the process of growing together, although largely very successful, has not always been easy nor has it been successful to the same degree throughout the country. Against this background, the Robert Bosch Academy set off with former, current, and future Fellows to Mecklenburg-Western Pomerania from 29 to 30 October 2019. The former GDR territory is one of Germany’s least populated regions, and is confronted with economic and structural challenges on many levels.
In discussions with political leaders from the region, the Fellows learned how representatives from different parties and decision-makers assess the challenges that the federal state is facing and how they are addressing them.
Sylvia Grimm, head of department coordination of state and federal politics at the Mecklenburg-Western Pomerania chancellery, gave her assessment of how the federal state tackles the complex past and the changes ahead. In her view, new technologies and especially the production of renewable energies will be of great significance to the state’s economic development.
Leif-Erik Holm, regional chairman of Mecklenburg-Western Pomerania for the Alternative for Germany as well as deputy chairman of the party’s parliamentary group in the Bundestag, shared with the Fellows the founding principles of his party and his assessment of the role it plays in eastern Germany today.
Dietmar Bartsch, member of the Bundestag and chairman of the parliamentary group of The Left, reflected on the reunification process and the governing parties, as well as the current condition of Germany and Europe.
“Capitalism has not yet arrived at its final destination.” Dietmar Bartsch
With representatives of local political youth parties, the Fellows had the opportunity to listen to the vision and the political aspirations of a generation that did not actively experience the life in the GDR but that is confronted with its inherited legacy. Johannes Barsch of the Young Socialists, Georg Günther of the Young Union, and Katharina Horn of the Young Greens engaged in lively discussions with the Fellows.
At the Max Planck Institute for Demographic Research in Rostock, the Fellows discussed with Max Rau, fellow at the institute and professor of demography at the University of Rostock, the demographic changes in Mecklenburg-Western Pomerania before and after the fall of the wall.
In Rostock, the Fellows visited the borough of Lichtenhagen that in August 1992 landed in the global spotlight because of violent xenophobic attacks targeted at asylum seekers living in an apartment block. They met Wolfgang Richter, former commissioner for foreign nationals of the city of Rostock, who was present during the attacks. He shared his personal views on the causes of the xenophobia in 1992, the failure of the politicians and police at that time, as well as the progresses the city has made since then.
Similar to Rostock-Lichtenhagen, the borough of Neu Zippendorf in the city of Schwerin is characterized by prefabricated housing blocks (Plattenbau), which are home to many people with migration or unemployment biographies. Unlike Lichtenhagen, Neu Zippendorf has not experienced major confrontations between the inhabitants, which is in part due to active civil society associations such as Die Platte lebt. It offers programs that foster social cohesion between the inhabitants with diverse social and cultural backgrounds. Together with Hanne Luhdo, chairwoman of the association, and Richard Ruß, expert on urban development, the Fellows walked through the district and talked to its inhabitants.
Attempts to revitalize the region have been initiated by civil society groups and municipalities in many parts of Mecklenburg-Western Pomerania. Denkmal Kultur Mestlin is another association that has made it its mission to halt the dereliction of a former socialistic model village called Mestlin by maintaining the buildings and offering a rich culture program. In a discussion with Claudia Stauß, founding member of Denkmal Kultur Mestlin, and Lotte Hansen, a former teacher at the school of Mestlin, the Fellows got personal insights into rural life before and after the GDR.
The Academy on Tour brought together around 20 former, current and future Richard von Weizsäcker Fellows from all over the world. With its tours, the Robert Bosch Academy offers its Fellows a multifaceted view on current Germany.

“To visit, thirty years after the opening of the Iron Curtain, the easternmost German state of Meck-Pom was perhaps bound to be a shock. We, the hyper-urban globalised so-called “elite”, tend to know our capitals much better than we do the edges of our own countries, let alone forlorn parts of what was once the communist bloc. But there we were, given the opportunity to discover places and people we would have seldom come across otherwise, and discussing it together on a two-day trip: this was the unique chance offered by the Academy on Tour. We saw workers’ suburbs battling with the trauma of economic dereliction and 1990s racist violence, and a local hero who’d stood up to intolerance; we saw beautiful rural and seaside scenery, a castle, and a luxury hotel. Meck-Pom has its pockets of Ostalgia, its far-right populists cynically capitalizing on local despair, and also a younger political generation dreaming of a better and fairer Germany in a better and fairer Europe. Almost three decades after reunification, the poverty of some areas is shocking – in a Germany that holds record trade surpluses. There is almost no need to dwell on electoral results to understand that not enough has been done to make the so-called Ossies feel they belong. The problems are fairly obvious, the answers less so. This trip was a shock and an eye-opener.”