Please sign now the Appeal for a European Answer to the Coronavirus Threat! 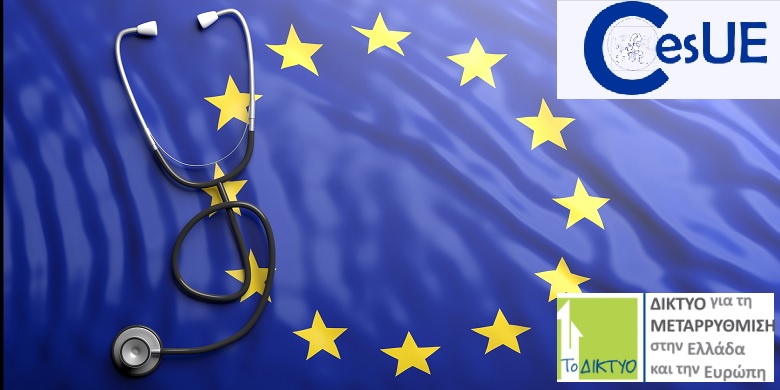 DIKTIO supports the Appeal for a European Answer to the Coronavirus Threat!

All citizens are invited to sign this Appeal, which was promoted by philosophers Roberto Castaldi and Daniel Innerarity and signed in 1 day by over 400 personalities from academia, civil society, business community, institutions from all over the EU, and even from countries still outside it.

Among the signatories are some of the most prominent European academics of their fields, relevant figures from civil society, many of whom had relevant roles in institutions, including Romano Prodi (former President of the Commission and Italian Prime Minister), Enrico Letta (former Italian Prime Minister), José Luis Rodríguez Zapatero (former Prime Minister of Spain), Enrique Baron Crespo (former President of the European Parliament), Pascal Lamy (former Commissioner and Director-general of WTO), Anna Diamantopoulou and Ferdinando Nelli Feroci (former Commissioners), and many other former ministers, members of the European and National Parliaments, etc.

We European citizens understand that Covid-19 is a common threat, that may hurt one country sooner than another, but will eventually hurt us all, and can impact our daily life and economy almost like a war.

We European citizens are worried and scared by this threat; and even more by the cacophony, selfishness and self-destructive short-sightedness of the different, un-coordinated national responses; by the lack of foresight of our national leaders, who pretend not to know that our interdependence requires a single European answer with strict containment measures of the pandemics, and an EU-wide plan to re-start the European economy afterwards.

We European citizens denounce the current EU as an incomplete Res Publica, thus ill-equipped to face this challenge, with little competences and powers to face the pandemics. We welcome the timely decision by the Commission to provide 25 billion euro and financial flexibility to cope with this threat. Maybe it is the most it can do, but it is not enough.

We call upon the European Commission and Parliament to propose, and on the national governments to adopt (starting with the Eurogroup meeting of March 16, and a following extraordinary European Council to be called soon after) the following urgent measures, also using the Lisbon Treaty passerelle clause and simplified Treaty revision provisions:

We European citizens believe this is the defining hour for the EU. Social perception of the EU will be shaped for years by its response to this crisis. This is the time to prove the EU is a community of values with a shared destiny, a life-line for its citizens and member states in the face of a turbulent global world with political, economic and health threats. It is time for bold common steps to overcome fear. It is time for European unity, not for national division.