DIKTIO- Network for Reform in Greece and Europe hosted one more working breakfast featuring the outgoing Foreign Minister of Sweden, Margot Wallström, also a former First Vice-President of the European Commission. The topic of the discussion was the European coexistence of Scandinavian North and European South as well as Sweden’s implementation of feminist foreign policy.

The audience was comprised of members of the Greek Government, MFA officials, Greek and foreign ambassadors, well-experienced politicians, media publishers and journalists as well as businessmen and the leadership of The Hellenic-Swedish Chamber of Commerce.

DIKTIO’s President, Anna Diamantopoulou, introducing Ms Wallström, her fellow former Commissioner, focused on the relations, coexistence and cooperation of Greece and Sweden in the context of the EU, despite their given social, economic and cultural differences both in the modern era as well as in terms of their historical development. “Common values and similar institutional structure in crucial sectors support the common European commitment as well the excellent relations between the two countries”, highlighted Anna Diamantopoulou, touching the issue of further bilateral cooperation and convergence. Furthermore, Ms Diamantopoulou focused on the special impact of gender equality to the development of social and economic conditions in Greece’s neighboring regions, such as Middle East and Africa, emphasizing its contribution to the improvement of living standards and growth rates

Margot Wallström referred to the structure and function of the Nordic Governance model and its impact to Nordic states’ relations to countries of the European South. She emphasized the importance of trust to institutions and this of mutual trust between peoples and state leaderships. She also mentioned that despite Sweden’s solid commitment to the European project, the country remains negative towards joining the EMU and adopting a common European budget. Concerning feminist foreign policy, which Sweden has been implementing since 2014, Ms Wallström mentioned that applying a systematic gender equality perspective throughout the whole foreign policy agenda has a deeply positive impact on the tangible improvement of women’s condition when it comes to their rights, the resources available to them and the percentages of their representation in the various institutional, political and social processes. Margot Wallström also referred to the importance of women in protecting the multilateral order as well as their contribution to sustainable peacekeeping, highlighting that “More Women means more Peace. 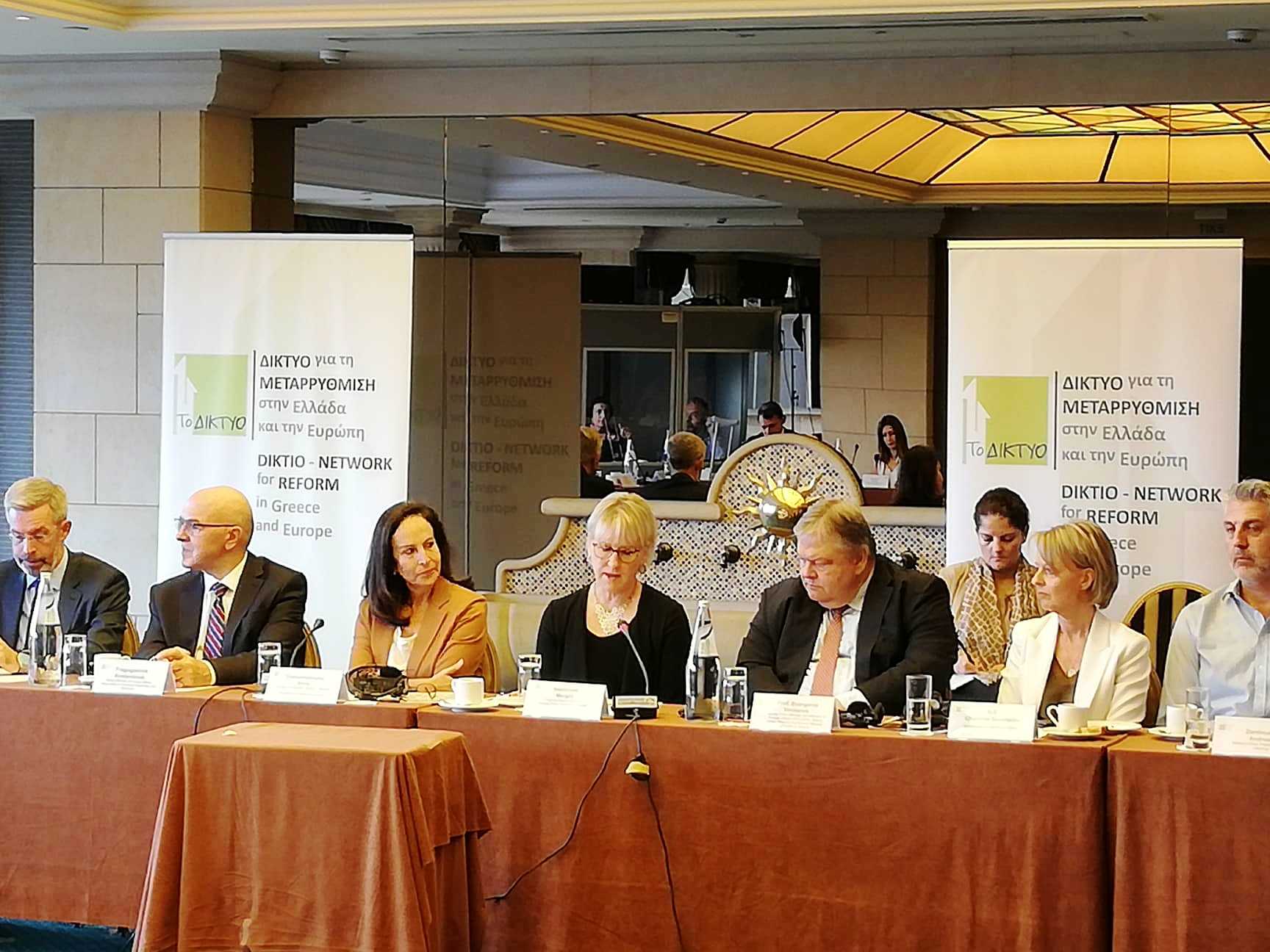 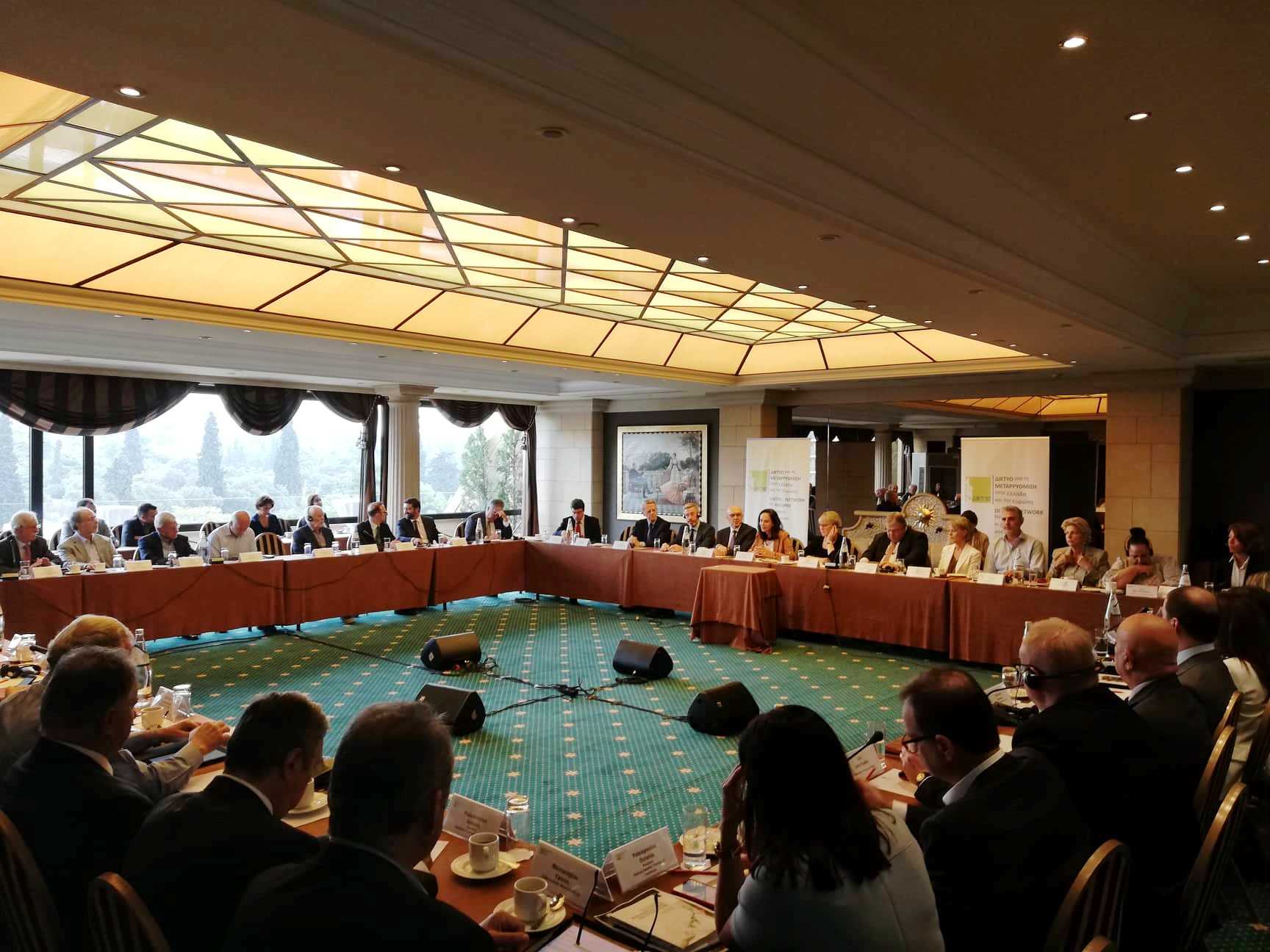 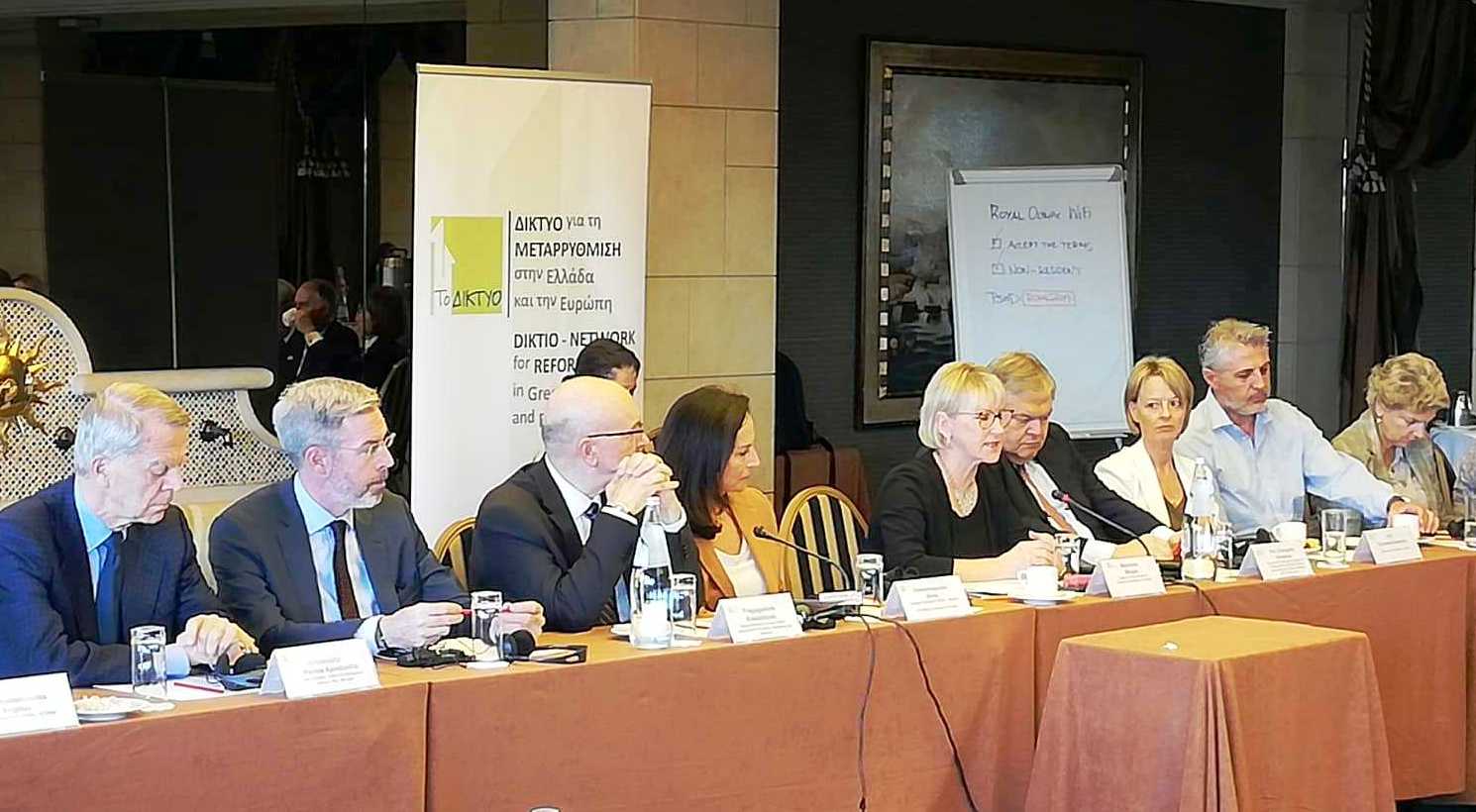 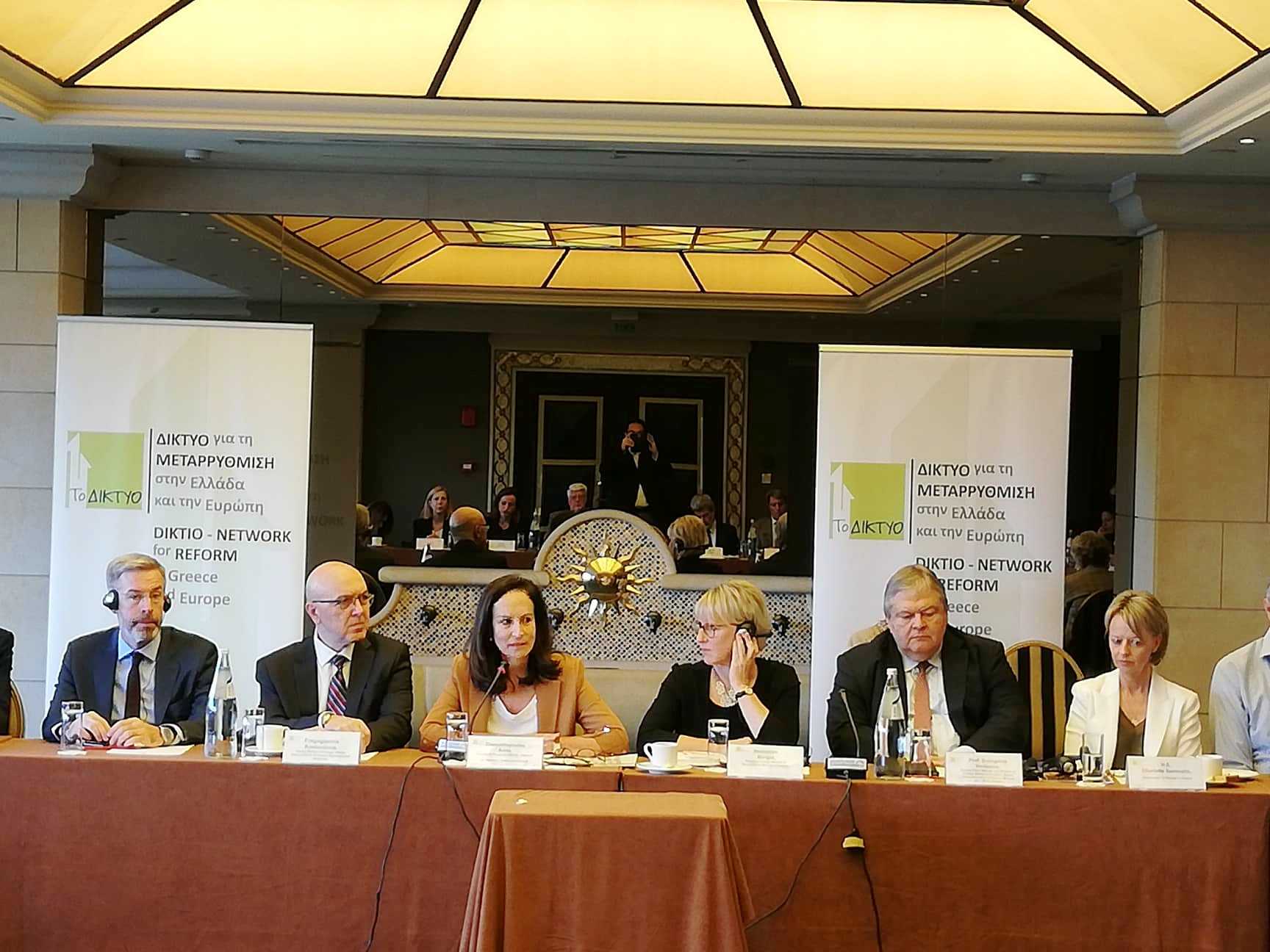 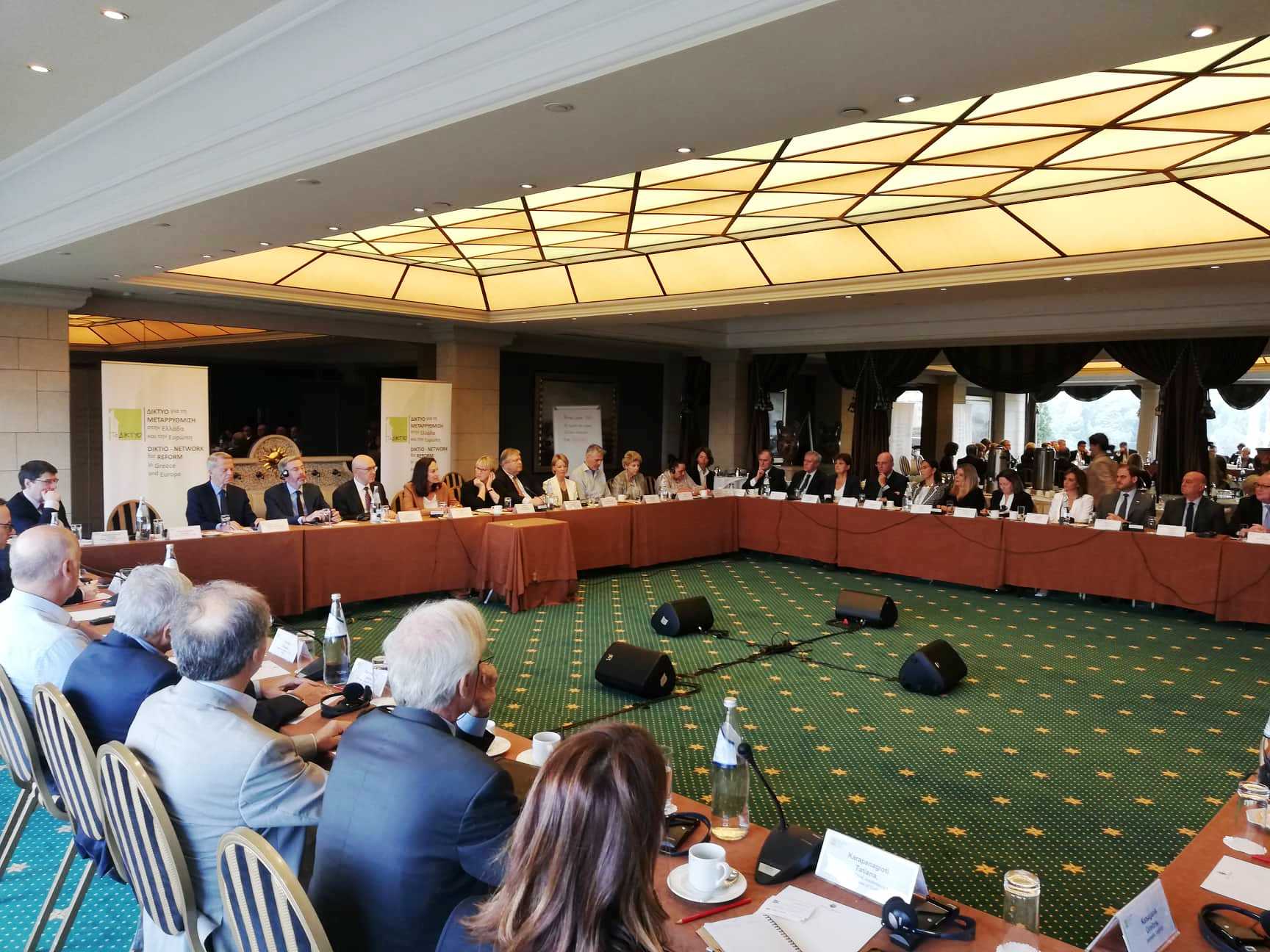