DIKTIO – Network for Reform in Greece and Europe hosted a virtual working breakfast on EU-China relations beyond COVID-19, jointly with the European Council on Foreign Relations.

Our guest keynote speaker was Dr. Janka Oertel, Director of the Asia Programme of the European Council on Foreign Relations. Remarks were also delivered by Kostas Fragogiannis, Deputy Foreign Minister for Economic Diplomacy and Openness and Gregory Dimitriadis, Secretary General for International Economic Affairs of the Hellenic Foreign Ministry.

Additionally, short presentations were made by Plamen Tonchev, Head of the Asia Unit of  the Athens-based Institute of International Economic Relations (IIER) and Maria Karagiannidou, Research Associate with LSE and Adviser with DIKTIO.

The audience was comprised of members of the Greek Government, MFA officials, MPs, distinguished journalists, academics and businessmen.

The discussion focused on the challenges created by China’s expanding global influence, the implications of the pandemic for EU-China relations, as well as on the way forward for Europe’s China policy.

DIKTIO’s President Anna Diamantopoulou, focused on the complexity of EU-China relationship, highlighting that its future form will be having crucial implications in a wide range of policy sectors such as Europe’s industrial and internal market policy, democracy and human rights, Africa, 5G networks, global governance and institutions, global debt management and of course cooperation in dealing with COVID-19 and potential future pandemics. Anna Diamantopoulou also suggested that EU leaders should take a clear stand and promote a common and coherent foreign policy, vis-a-vis China.

Dr. Janka Oertel supported that relations between Europe and China are undergoing a fundamental shift. According to Dr. Oertel ”this dynamic has already been underway since at least 2019, but the COVID-19 crisis has accelerated the process significantly. According to her, for China, Europe has become the key battleground in the strategic competition with the United States for economic and technological supremacy. Access to Europe’s market and political cooperation with the economic bloc are crucial for realizing China’s expanding global ambitions. China’s approach to Europe has implications for internal cohesion within the EU as well as for transatlantic relations. While the EU is gradually and decisively getting tougher on trade and sharpening its defensive tools, there is less clarity when it comes to the overall political relationship with Beijing. Today’s EU-China summit will likely provide an indication about the willingness of the EU leadership to make true on its promise of strengthening European sovereignty in a new geopolitical reality. Beyond the trade agenda, this will also mean that a ‘geopolitical Commission’ can no longer avoid taking a clear stance regarding the future of civil liberties in Hong Kong, Chinese human rights violations or Beijing’s assertive policies in its neighbourhood and beyond”

The Greek Deputy Foreign Minister for Economic Diplomacy and Openness, Kostas Fragogiannis, highlighted that the handling of COVID-19 pandemic brought out the inherent incapacities of global production and supply chains, as was made clear that most countries depend mainly on one source for securing necessary medical equipment. This reality, he added, has urged many European countries to reexamine the value of establishing production units closer to their markets, a fact that creates new investment opportunities also for Greece. 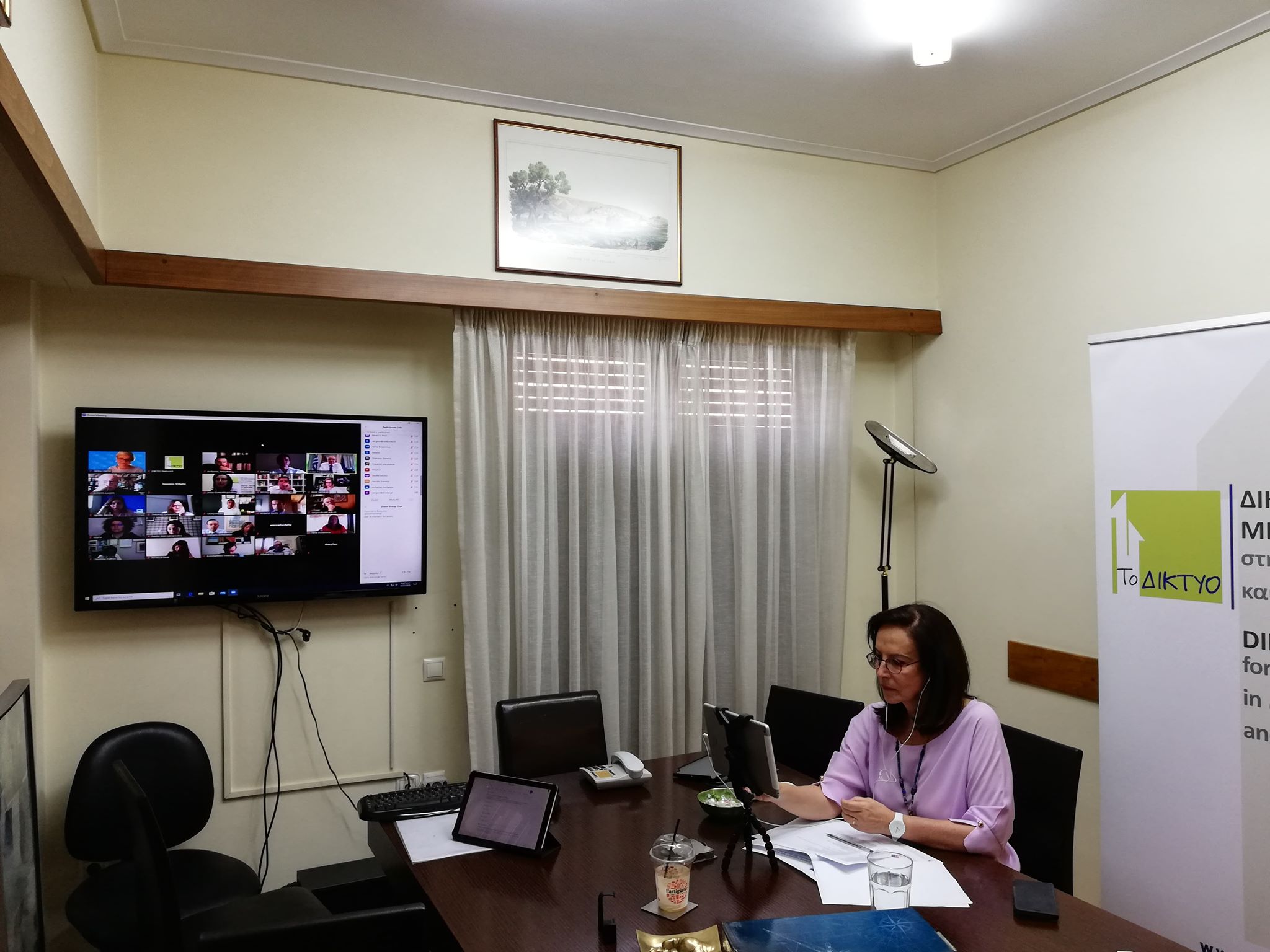 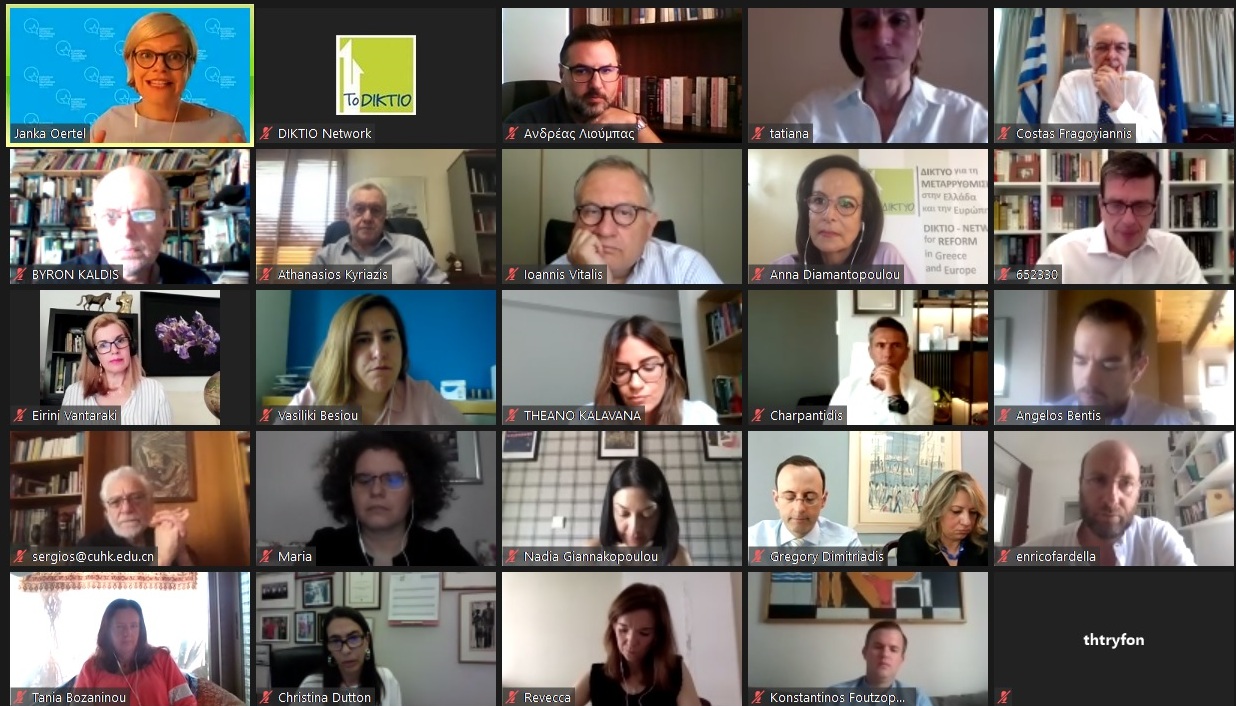 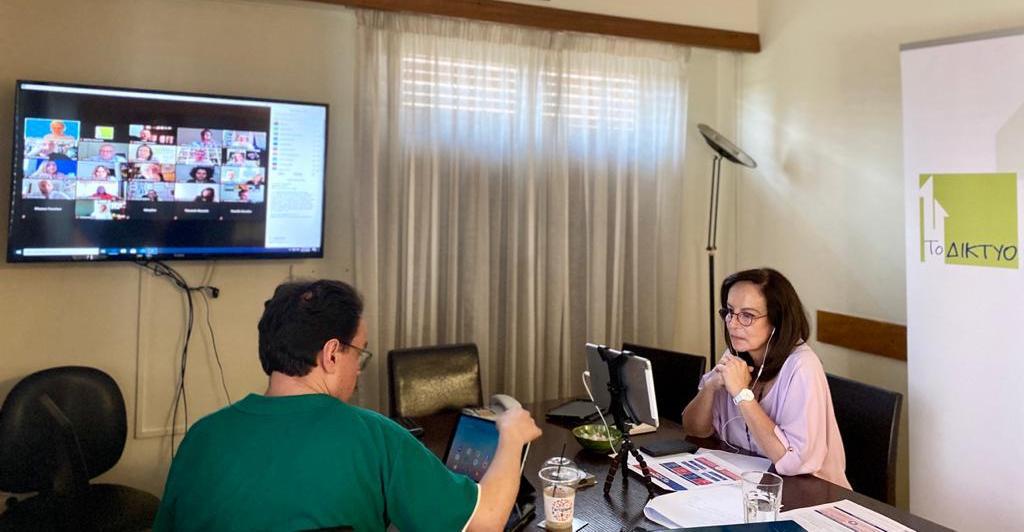