DIKTIO’s event: «Prerequisites for Peace and Stability in Eastern Mediterranean»

«Prerequisites for Peace and Stability in Eastern Mediterranean»

H.E. Geoffrey Pyatt, Ambassador of the United States of America to Greece

H.E. Yossi Amrani, Ambassador of the State of Israel to Greece

H.E. Burak Ozugergin, Ambassador of the Republic of Turkey to Greece

The discussion will be conducted in English and Greek with simultaneous translation.

The event will be live streamed. 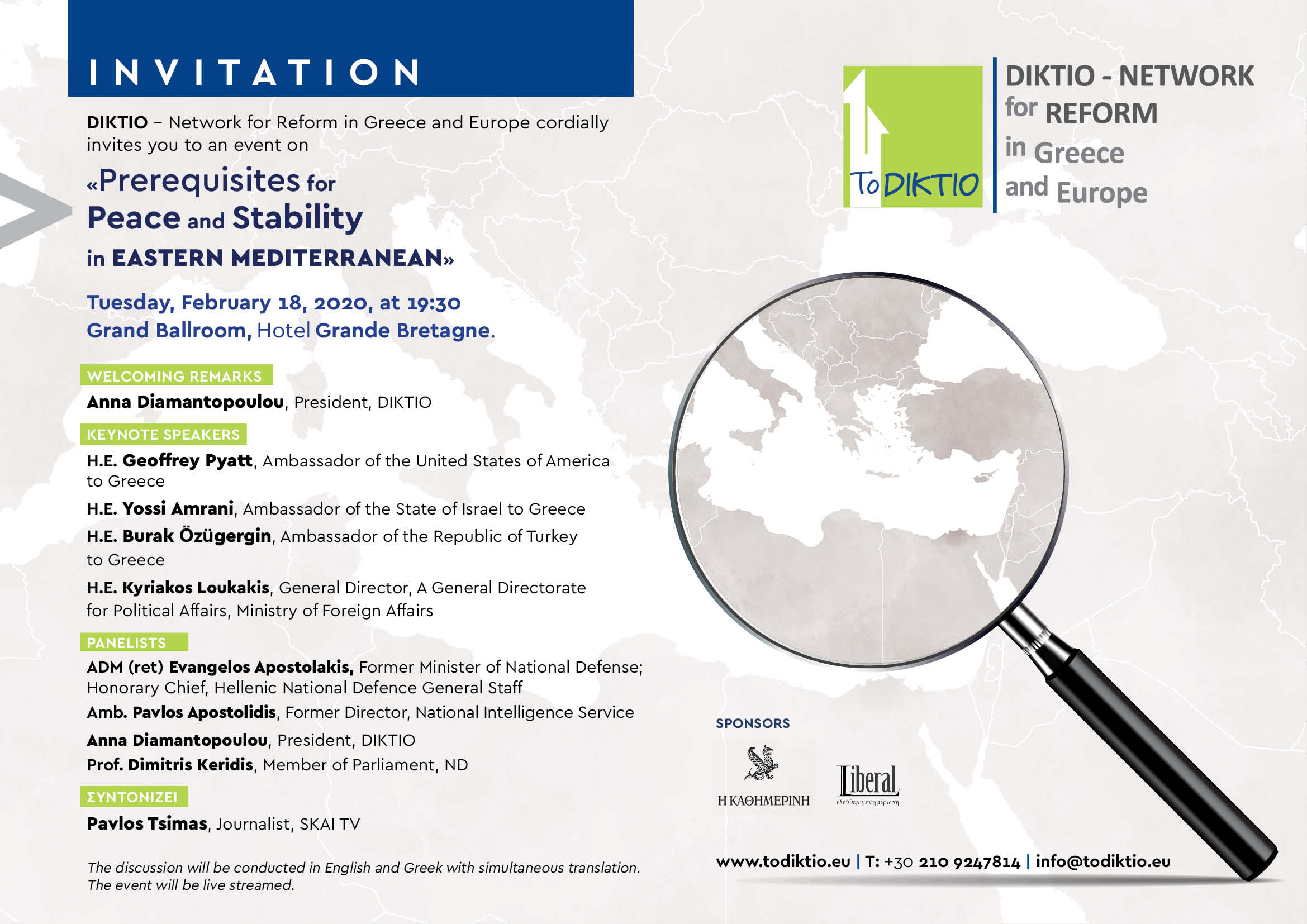 Virtual event about Greece’s and EU’s growth strategy for the future, 8th FEBRUARY
11/02/2022