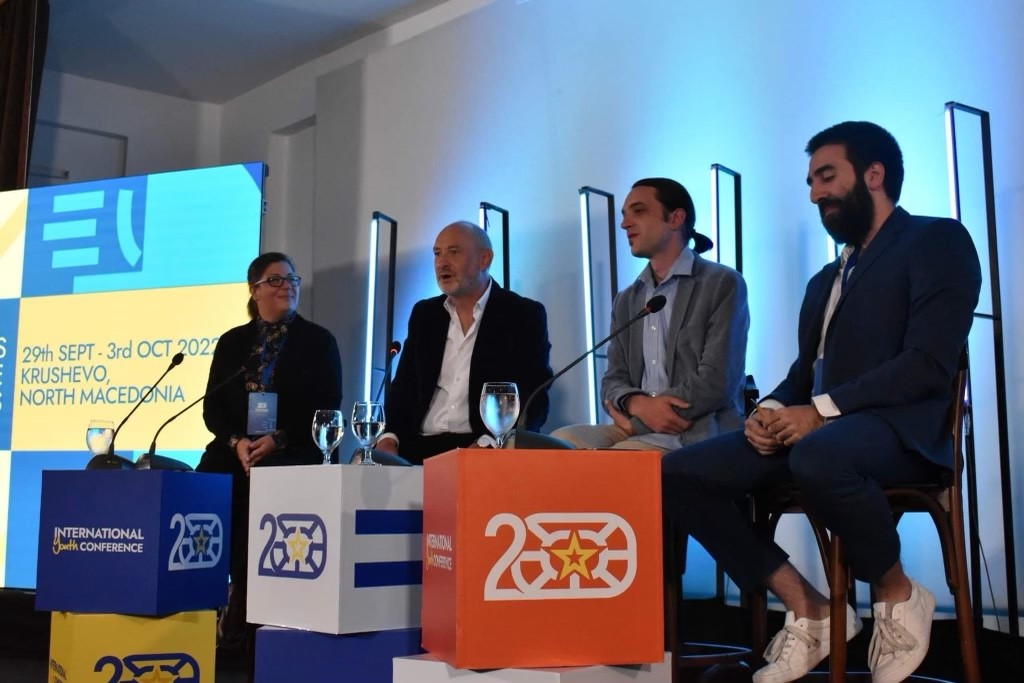 Having started in 2003, the International Youth Conference entitled “European Values ​​for the Future of South-Eastern European Countries” has evolved into an institution where more than 1000 young men and women from countries including Bulgaria, Albania, Croatia, of Slovenia, Serbia, and gather in the Krusevo region of North Macedonia to discuss burning issues.

The NETWORK for Reform in Greece and Europe (diktio.eu) participated in this year’s Conference represented by its member and scientific partner Mr. Pavlos Petidis.

The sub-topics of this plenary session included ways to transition to a new green production model in the Western Balkans, making sustainable economic policy choices while dealing with political crises, creating better conditions for the transition to alternative energy forms and the growing importance of disinformation as an obstacle to building healthy societies.

Key points of the intervention of Pavlos Petidis:

Mr. Petidis described the state of affairs over the past two years and discussed the pandemic’s impacts on the regional economy. The Western Balkan countries’ GDP decreased by.2% in 2020, according to the World Bank, but then began to rebound, rising to 7.4% in 2021. However, the temporary GDP increase won’t be able to reverse the world’s escalating energy prices, which places the region in danger by posing a fresh set of economic difficulties.

Mr. Petidis emphasized both the European measures to create energy security in the region and the common issues the Balkan countries face in their efforts to gain independence from Russia. He emphasized that the Western Balkan states should work more closely with the EU to adhere to its laws and policies because the acquis communautaire’s legislative framework must be complied with in order for the green agenda to be successful. Furthermore, the need for innovation in the energy sector necessitates collaboration with the EU while also taking into account the need for a country-by-country approach to the green transition.

He believes that even though the majority of Western Balkans countries rely primarily on coal-burning power plants to meet their energy needs, the continued operation of these facilities runs counter to the goals of the European Green Deal, which calls for a reduction in carbon emissions of 55% (relative to 1990 levels) by 2030. In order to survive the energy crisis, the Western Balkan states will also need to improve their cooperation within the Berlin Process framework, developing joint investment proposals in renewable energy and the integration of the electricity and gas markets, as recommended by Andrew Lebovich of ECFR.

In this effort, it becomes imperative for new generations to use the tools of civil society in order to create channels of communication between the peoples of the Balkans, where ethnic divisions, big visions and historical anchors still unfortunately create obstacles for a common and sustainable future.