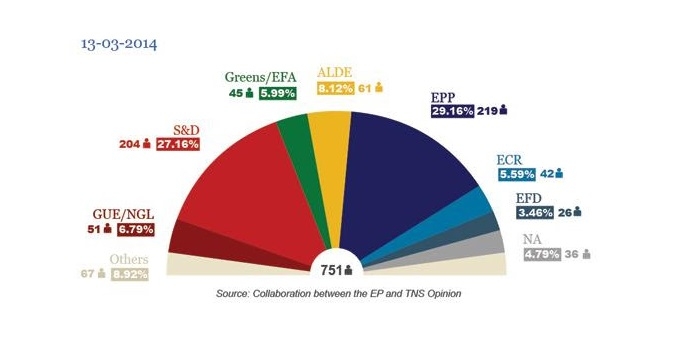 2014 EUROPEAN ELECTIONS: LATEST PROJECTIONS OF SEATS IN THE PARLIAMENT

Please note that this is not a poll on voting intentions, but a snapshot of the current state of play of the public opinion in EU member states on the 2014 European elections. The final and official composition of the new European Parliament will only be known by its constitutive session on 1-3 July 2014. 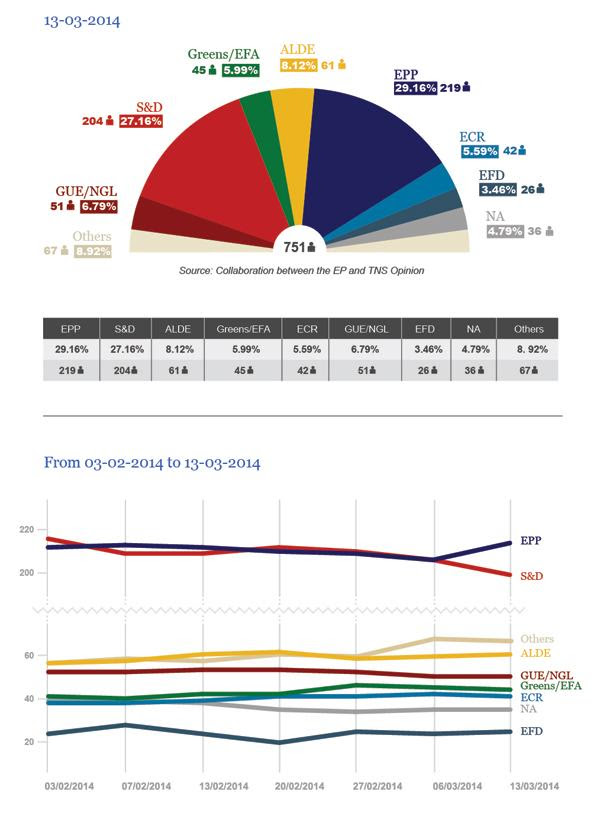 This projection of seats in the European Parliament is based on a non exhaustive collection of weekly European and national polls carried out in the 28 EU member states. The seats for each party in each member state are calculated by taking into account national electoral laws.

The projection is based on the averages of the latest two or three polls available in each member state, when they are no more than 14 days apart, and only when the dates of fieldwork are available. When the calculation of the average is not possible, only the last European or national available poll is taken into account.

The projection is published on Friday, based on a list of polls that is completed the Thursday of the precedent week.

Non-attached members currently sitting in Parliament are automatically included in the non-attached category if re-elected.

Parties whose affiliation has yet to be determined are automatically included in the “others” category. This “others” category is split equally between the right and the left of the hemicycle in order not to

Source: collaboration between the EP and TNS Opinion.